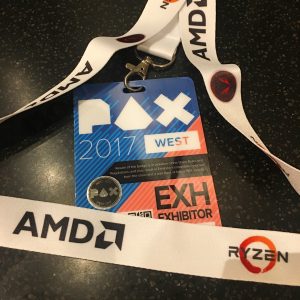 I have to thank AMD again for providing me with a badge to this sold out event. PAX West 2017 is the second PAX that I have attended. I attended PAX West 2016 last year. Someday I hope to visit PAX South, East, and Australia. PAX celebrates Gamer Culture.

It was great being able to walk the halls before the crowds. I have been able to experience this at other conventions. There’s nothing like it.

I got a sneak peek at AMDs booth. Lots of Threadripper, Ryzen, and Vega, oh my!

One of my first stops was to check out Nintendo’s Booth and get a fast pass so that I could try Super Mario Odyssey later on. I checked in with my My Nintendo QR code and was able to score an exclusive pin and pass. 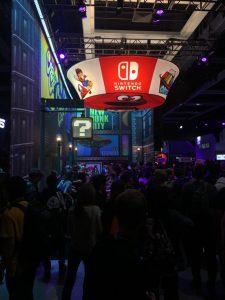 I then went to check out Super Lucky’s Tale on the X-Box. I was able to score a couple coins to try my hand at their claw game. I won a plush Lucky. 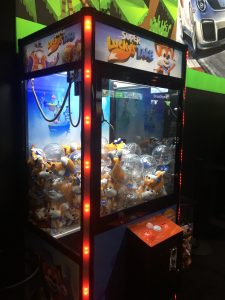 I then went to check out some indie games. There were two games that stuck out to me. The first was Battle Chef Brigade whose animation style caught my eye. I played and was a little confused at first. Cooking was a match-3 puzzle game where you can rotate to “stir” and add new pieces which were the “ingredients.” When I ran out of ingredients, I had to go outside to get more. The game went from puzzle to action where I had to fight animals and collect plants. The game became a mix of action RPG and a puzzle game. This game will be out in the fall on Nintendo Switch and Steam.

The next game to catch my eye was because of it’s name, Coffence. The game had to do with coffee and I say two characters on the screen holding coffee mugs. Phil from Sweet Bandits was kind enough to show me exactly what the game is. The game looks like a simple fighter, but it is WAY more than that. You use both analog sticks on your controller, once for character movement, and the other to move your cup away from your opponent. You fight to keep coffee in your mug and knock your opponent’s out of theirs. You can also steal their coffee and them yours. The coffee can be sipped as a power up, but depletes it from your supply.  Each character has different traits. There are also different cups, mugs, carafes, and more which will all have their own nuances. Coffence is currently pre-Alpha on Steam.

PAX has also game-ified the PAX Experience with PAX XP. Registering your badge and scanning it at certain kiosks unlock clues for your next destination. Some of these were hard to find, but I was able to complete the task. Your QR code also has the potential to win you a prize at at any of the 5 prize towers scattered throughout the convention hall. I won a Seattle Museum of Pop culture pass on my 4th try. 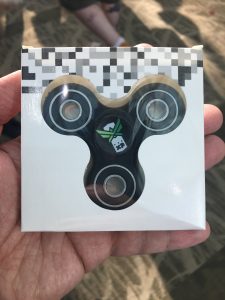 Prize for completing the Arcadia quest

After a short night, I made my way back downtown early. I knew the Hydra Theater at the Grand Hyatt only holds 600 people and there are a lot of Nintendo fans. I had to get there early if I wanted to get in. Originally the panel was super secret, but we eventually found out that it was about the new Metroid: Samus Returns game for the Nintendo 3DS. Nintendo also showed us a preview of special Nintendo Power Cover posters  commemorate the release of the Nintendo SNES Classic. These posters were only being handed out to those attending the panel.

The line 2 hours prior to start

The line 1 hour prior to start

I made my way back inside of the convention center. There was a 5v5 Dota 2 Tournament going on where fans and pros were playing against each other.

There was also this awesome Quake Themed Water-cooled Custom by Xotic PC at the AMD Booth that everyone was admiring as they walked by. 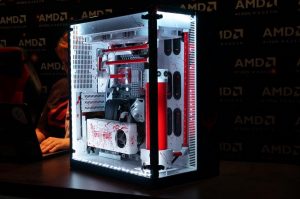 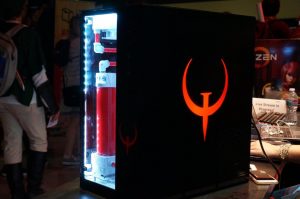 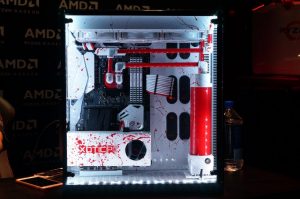 I decided that I would go around and do some of the photo ops that were available. There are so many things to see and to take a picture with. 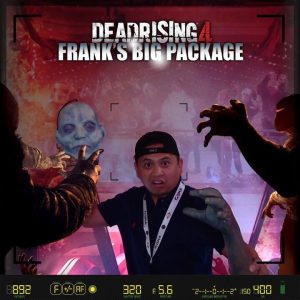 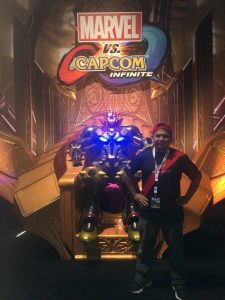 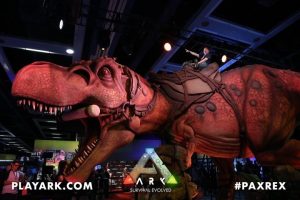 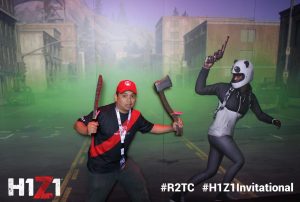 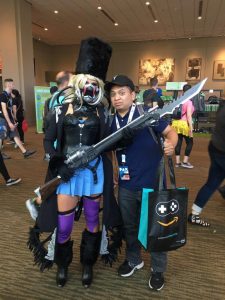 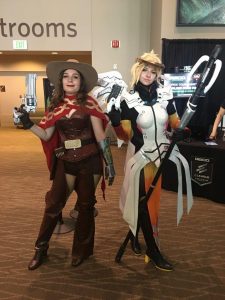 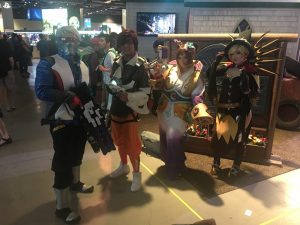 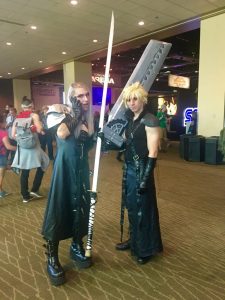 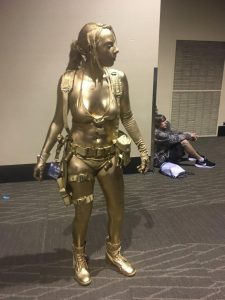 I started off the day getting in line at the Square-Enix Booth for the Final Fantasy XIV Susano boss fight. Unfortunately, my team and I didn’t beat the boss. Luckily I didn’t wait much at all.

For some reason, Nintendo chose to open this booth at noon. People started making a pseudo line for the My Nintendo Fast Passes. No one was in the standby line, so I decided to mill around the door and finally asked if I can line up. The Nintendo rep said that he couldn’t say yes or no, so I leaned against the wall and everyone else lined up for standby behind me. Being the first in line feels the best. When I went to turn in my card, they told me that I had the most stamps so far, 13.

I won a T-shirt and Nindies Pin

I spent the rest of the day visiting booths and lounges along the show floor.

Even before getting to the convention center, I was already finding swag. I found this Cuphead button while waiting for my coffee at Starbucks.

Nintendo’s booth is one of the hardest to get into at many shows. Luckily I just happened to be passing by when they opened up for the line-up. I was able to play Metroid: Samus Returns for the Nintendo 3DS. I was able to complete the demo and beat the first metroid. I earned a Samus and a Metroid pin. I then played Super Mario Odyssey’s Metro level for the Switch. Unfortunately I wasn’t able to finish the demo due to a glitch and the system had to be reset. I did earn a Cappy pin.

I got ALL the pins!

There’s lot’s going on at the AMD booth. Lots of Ryzen and Threadripper action. When I was there Pamela Horton was streaming on AMD’s channel. 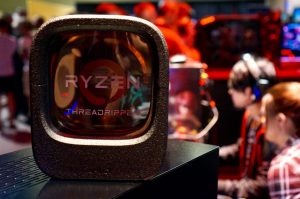 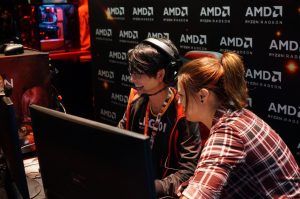 I spent the rest of my time walking around and absorbing all of the energy. There’s so much to see and do that it’s almost impossible to get them all done. There is no way I can convey what my whole experience was like. This is one of those types of events where one needs to experience it to understand the scope of it. I can’t wait until next year.

Evil Carrot from Shadow of War