January’s Loot Crate features discover and hopefully it redeems the failure that was last month. The theme reveal showed us Rick and Morty, Westworld, Harry Potter, and The X-Files. I love all of these franchises and was very hopeful.

Awesome original artwork on this T-shirt. Rick’s “brain” is made up of all sorts of zany characters including: Morty, Krombopulous Michael, Mr. Meeseeks, Snuffles, Scary Terry, Mr. Poopy Butthole, and more! 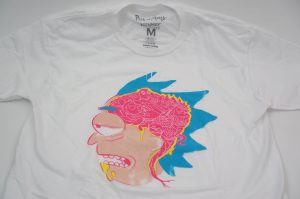 Have the Sorting Hat surround your feet with the symbols of all of the Hogwarts Houses. 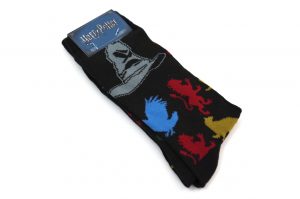 The sadness is portrayed well in this diorama. Own a little piece of Westworld on your desk. 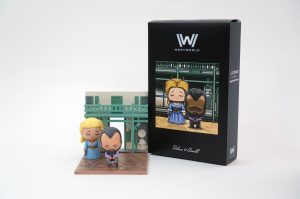 This 2 Player card game pits each agent against each other. Only one can collect enough evidence to close the case. 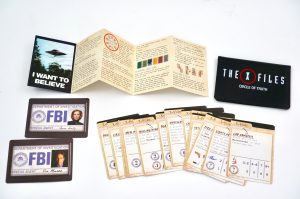 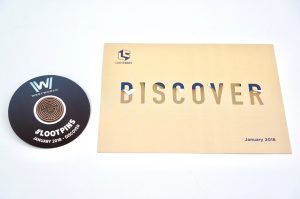 I think this is the 3rd months in a row where the box is just turned inside out. It’s been a while since we’ve seen some paperccraft. It does have a neat design. 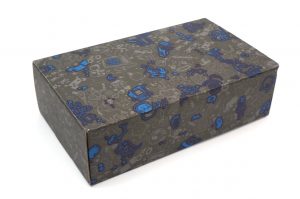 This months crate totally redeems Loot Crate in my eyes for their half-baked attempt in last  month’s Explore Loot Crate. The Discover Loot Crate comes with a great Rick and Morty shirt, an awesome Westworld figure, great Harry Potter Socks, and a great, original The X-Files card game. I still do miss an actual print magazine. The flash-based online version is ok, but it can’t compare to an actual zine in one’s hands.