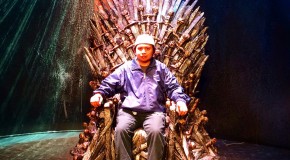 Who's ready for Game of Thrones? I am! Where's my crown!? 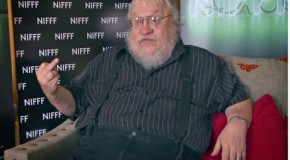 "George RR Martin is not your bitch," is the best quote from this article….

"George RR Martin is not your bitch," is the best quote from this article. That and the finger he gives to fans. I dunno about you guys, but I'm waiting patiently. http://www.theguardian.com/books/2014/jul/10/george-rr-martin-tells-readers-fuck-off-game-of-thrones #GameOfThrones﻿ View 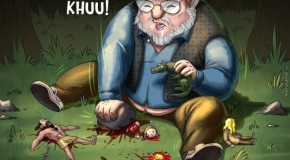 #GameOfThrones﻿ Learn to Speak Dothraki in Just 22 Easy Steps This handy Dothraki phrasebook to help make your journey across Essos a lot more comfortable. For the night is dark and full of grammar. 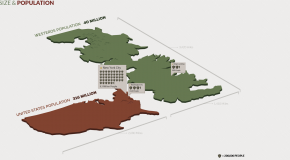 The true size of the Seven Kingdoms of 'Game of Thrones'

I didn't know it was this big. I love how real world comparisons puts it into perspective. Some people may argue about this, but it as it was written: "The kingsroad is the main