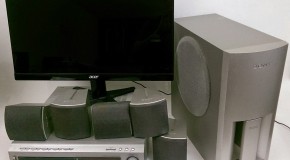 Acer G7 Series 21.5” LED IPS MonitorSony HCD-C450 Home Theater Dream System I wanted to get a good 1080p monitor that didn’t take up too much space on my desktop and didn't cost me

#Sony   #Nintendo   #PS4   #WiiU   Sony And Nintendo, Best Friends Forever Two decades ago, Sony and Nintendo were prepared to partner on a CD-ROM drive for the SNES. Things went sour.

Those with patience get rewarded with extra DLC goodness

#videogames #ps3 #playstation﻿ The PlayStation Network Unleashes Ultimate Editions for One Week Only Proving once again that it pays to wait when it comes to the hottest PlayStation 3 games, today Sony is launching