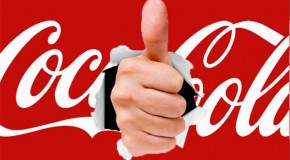 Coca Cola is an amazing company. They are diverting their advertising budget to help out victims of Typhoon Haiyan in the Philippines. Coca-Cola really does make the world smile. via +Calvin Lee  http://www.sunnyskyz.com/good-news/441/You-Won-t-Be-Seeing-Coca-Cola-Ads-For-A-While-The-Reason-Why-Is-Amazing #CocaCola

McDonald’s in China Is Sorry about Serving Detergent In Northeastern China, a McDonald’s restaurant served a customer detergent instead of Coke. He was taken to the hospital and was diagnosed with erosive gastritis, after